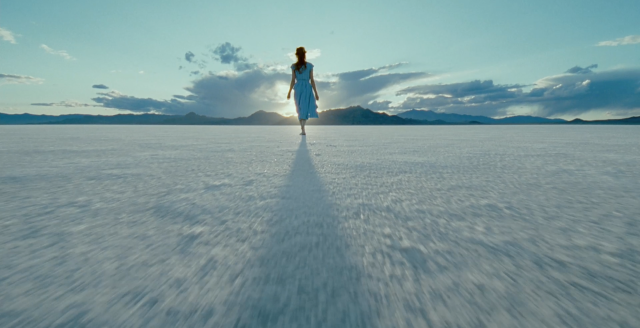 “The film is an empty Christmas tree: you can hang all your dumb metaphors on it.”1
Pauline Kael on Days of Heaven

Deciphering the intentions of Terrence Malick has engaged critics and audiences alike since the time of his first film, Badlands, in 1973. Interested parties have been encouraged and thwarted in equal measure, it seems, by Malick’s legendary absence from public life and, more particularly, his refusal to contribute to any kind of debate around his work. Though The Tree Of Life (2011), only his fifth film, recently won the Palme D’Or, it has divided audiences. On one extreme, those who claim that “Malick is a director who is not only more intelligent than his critics, but better-educated too”2 and, on the other, those that insist “Terrence Malick is one of the overrated directors of all time.”3 However, the consensus is that the film is typically ‘Malickian’ in style and continues the director’s preoccupation with certain recurring themes.

As Nick James of Sight & Sound has pointed out, “If one consistent theme bridges all of Malick’s cinema, it’s that every film re-enacts the fall of mankind from some kind of Garden of Eden.”4 In the context of The Tree Of Life – a title with simultaneous biblical and Darwinian connotations – the nostalgic presentation of a 1950s family life preceding a Fall certainly lends itself to such a ‘reading’. The production notes refer to the climactic reunion scene taking place in a “numinous space”,5 analogous perhaps with a commonsense understanding of heaven. However, certain contradictory elements suggest drawing a purely religious meaning would be reductive.

Those tempted to make a religious ‘reading’ – inspired certainly by the opening quotation from the Book of Job – will perhaps be wrong-footed by the long sequences purporting to show the dawn of the universe and the natural evolution of life on our planet. The apparent contradiction is perhaps not as instructive as it seems. According to Pitt, “[Malick] sees God in science and science in God.”6 Additionally, Q, the aborted Malick project in which The Tree of Life seems to have its roots, reportedly envisioned a similar sequence, but preceded with images of “a sleeping god, underwater, dreaming of the origins of the universe.”7

The sequences featured in The Tree Of Life include the impressionistic, experimental work of Douglas Trumbull. The legendary special effects supervisor (returning to movies after a suitably Malickian self-imposed exile of almost 30 years) contributed ‘old school’ effects of the oil and water variety – not, on the surface, the most scientific of representations. But, again, purely religious ‘readings’ are stymied by Malick’s reported fastidiousness in scientific research. As Dan Glass, senior visual effects supervisor on The Tree Of Life, explains, “It was very important to him that in the midst of trying to make beautiful, emotional imagery that it also be representative of the latest scientific theories. As we arrived at ideas and shots, these would be sent to scientists for their input.”8

For further insight into the director’s intentions, those disinclined to rely solely on the films themselves are forced to look to the biographical details we have, the extremely rare interviews he has given, the scripts for his films (the descriptions in which are often as lyrical as his films) and the testimony of those who have worked with him. As revelatory as these lines of enquiry can sometimes seem, the very fact of the director’s refusal to speak of his work and to retire almost entirely from public life is perhaps instructive. Nevertheless, it has been generally suggested that The Tree of Life is Malick’s most autobiographical film to date and, again, the temptation is to ‘read’ it as such. 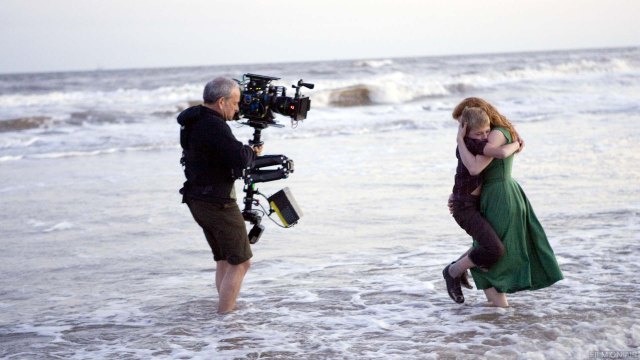 The potentially pertinent biographical facts are as follows. Malick grew up in Texas and Oklahoma in the 1950s, the eldest of three brothers, the youngest of whom apparently killed himself in the late 1960s. Malick reportedly was “devoted to this mother… but he had terrible fights with his father.”9 He went on to study philosophy at Harvard and Oxford, later lecturing briefly at MIT, although he claims not have been good at it, explaining, “I didn’t have the edge one should have on the students, so I decided to do something else.”10 During this time, he studied the work of philosopher Martin Heidegger, among others, a fact that for some helps explain his approach to directing.

For Hwanhee Lee, “Malick’s understanding of cinema seems to be influenced by Heidegger’s contention that it is a cardinal symptom of modernity … to apprehend reality as something to be differentiated from how it appears to a subjective consciousness and that reality is understood at the most fundamental level as something to be mastered.”11 Malick, therefore, is “wholly uninterested in envisioning his films as epistemological (or moral, or sociological, or what have you) inquiries for the audience and the characters, instead preferring to envision them as a presentation of the world, in all its variety, as something to be faced with reverence.”12 Simon Critchley cautions that “a consideration of Malick’s art demands that we take seriously the idea that film is less an illustration of philosophical ideas and theories … and more a form of philosophising, of reflection, reasoning, and argument.”13

An essential problem in ascribing any definitive philosophy to The Tree of Life, or any of Malick’s films, is that cinema in its purest form is experiential – it can be shared or intensely personal but is generally incredibly subjective and cannot be read as a book can. On one of those rare occasions Malick was moved to discuss generally the power of (his) cinema, he offered, “For an hour, or for two days, or longer, these films can enable small changes of heart, changes that mean the same thing: to live better and to love more. And even an old movie in poor and beaten condition and can give us that. What else is there to ask for?”14

Sean Welsh, July 2011
This article was originally commissioned as a programme note by GFT.