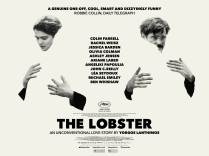 I saw a gazillion brand-new films in 2015, and discovered or revisited a gazillion older films too. I enjoyed slogging through submissions for Glasgow Film Festival, previewed the festival for their blog, then saw many more films during the festival itself. Later in the year, I rocketed back-and-forth to Edinburgh International Film Festival, ripping and tearing through their press screenings, special events and videotheque.

Through the year, I wrote a handful of programme notes for GFT’s new releases, sat on the submissions panel for the Document International Human Rights Film Festival for the first time, programmed a year’s worth of Matchbox Cineclub screenings and blew the money I might have saved through torrenting on yet more DVDs, Blu-Ray and downloads. I even subtitled a few new releases on their Sky Box Office debut for my day job. And yet, of course, I missed so, so many films. For every shitty American Ultra, Blackhat, Everest, Fantastic Four, Jupiter Ascending, Terminator Genisys, The Man From UNCLE or Tomorrowland I threw my figurative shoes at, it seemed there were six much more promising films that passed me by.

But then that’s fine because this was, on reflection, a pretty fucking good year for movies overall. Here are my favourites – selected not on sheer enjoyment or on academic worthiness alone, but simply on how strongly I’d recommend them – followed by some chat about the top five:

Star Wars: The Force Awakens. Occasionally ropey CGI. Unoriginal plot. No resolution. These are fair criticisms of JJ Abrams’ joyous, unstoppable, gloriously critic-proof magic trick. If we ignore the mealy-mouthed, misogynist smart-arses rationalising their discomfort with the main character’s presumed lack of a penis, you’re mostly left looking at what happens when 30 years of fanboys’ how-I-would-do-its evaporate before their eyes. For my money, Abrams’ effort is simply great fucking fun from start to finish, and his and Kasdan’s choices – the very deliberate parallels with A New Hope in particular – actually make perfect sense, if you feel compelled to pull them apart. It’s meta for the first time –  The Force Awakens has as much as of Lucas’ original trilogy in its DNA as it does Flash Gordon serials or The Hidden Fortress – but its real strength is how expertly it balances its homage with innovation. Abrams reconfigured Star Wars for the 21st Century almost perfectly, so you can imagine 2035’s special edition is going to be incredible.

Mad Max: Fury Road. A beautiful, thrilling thing, this film. Its incredible trailer promised the world, so it’s kind of miraculous that Miller delivered, and that actually no trailer could spoil or really oversell it. Contrast Fury Road to The Force Awakens, the details of which Abrams and Disney had to guard incredibly carefully to preserve the virgin viewing experience. Plot details couldn’t spoil Fury Road, simply because its all in the experience – pure cinema – and it’ll work the same way again and again and again.

Slow West. I loved it when I first saw it, and John Maclean’s confident debut ultimately held its ground against an unusually strong slate of films this year. Small but perfectly-formed – basically a wee gem. Check out my original review here.

Tangerine. Another beautifully self-contained film that arrived on a small wave of hype, mostly based on it having been entirely filmed on an iPhone 5. It lived up to the hype, but the twist was the gimmick was practically invisible. Baker’s film is built on spectacular performances, sparkling with energy, intimacy and pathos, but it looks gorgeous too.

It Follows. It’s funny, this flick played a lot of people, myself included, like fiddles but it left a lot of other people cold. I loved it intellectually, for the mythology it teased, for the aesthetic and the small auteurish details (like the little weird handheld, clamshell device) that clash conspicuously with the generally throwback mise-en-scene. But it also conjured a squirmingly visceral terror in me that’s difficult to relate and certainly impossible to persuade the unaffected to feel. For a critic, that’s frustrating but for a battle-hardened horror fan it was just delightful.