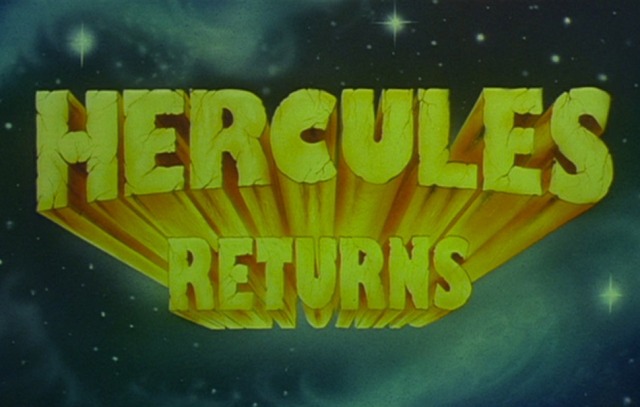 Des Mangan is the man behind Double Take, the comedy troupe who gave us cult comedy Hercules Returns (David Parker, 1993), which Physical Impossibility is presenting at the Grosvenor Cinema, Glasgow, for one night only on Saturday 26/09 as part of Scalarama 2015. Read our history of Double Take and Hercules Returns, the funniest film you’ve never seen, here. Des was kind enough to take the time to answer some questions ahead of the screening, of which he says, “I am incredibly happy that you are having a screening of Hercules in Glasgow. I always knew the Scots had finely honed senses of humour and remarkably good taste.” Thanks, Des!

Do you recall Double Take performing at the Scala in London? What was that like and what are your memories of that whole UK run (Edinburgh, etc)? And are there any recordings, film or otherwise, of the live Double Take shows?

I had the best time at the Edinburgh Fringe Festival. We played at the Cameo cinema and one thing I remember was that the cinema just up the road was the official venue for the Edinburgh Film Festival and they would close their bar at midnight – no extensions no matter what. Thankfully, the guys who were running the Cameo had no understanding of the term “last drinks” so they would bring a different select group every night down from that cinema to the bar at the Cameo and the drinking would go on to the wee hours. They would also bring down overseas guests and the film opening the festival that year was The Big Easy so I remember having drinks with the director Jim McBride and the star Ellen Barkin.

I also recall getting a reviewer pissed and trying to get him to write a review saying that our show was the “best film of the fringe festival” (because it was the ONLY film at the Fringe festival). It didn’t work, but I had fun trying. After Edinburgh we went to London and were there Oct-Nov 1987 and that definitely sticks in my memory. I’ll tell you why.

Oct 16th, 1987 was when the Great Storm hit London. At the time it was the worst storm to hit the south of England in 300 years – with winds of up to 94mph hitting London. We were staying near Ealing Common and the next morning everywhere you looked entire trees were uprooted. Then, a couple of days later came Oct 19th which is now referred to as Black Monday. It was the largest one-day stock market crash in history. I was seriously beginning to think we were just bad luck.

But the biggest one was yet to come. On the 18th November, Lisa Sweeney and I rushed to catch our nightly train from Ealing Common to Kings Cross. We missed our usual train and just caught the next one. When we got to Kings Cross an announcement came over the speakers saying the train wouldn’t be stopping and everyone would have to get off at the next station. So we got off and walked back to Kings Cross only to see a couple of dozen fire engines outside and smoke billowing from the station. Yep, by missing our train we had just missed walking into the 1987 Kings Cross Station fire that killed 31 people. 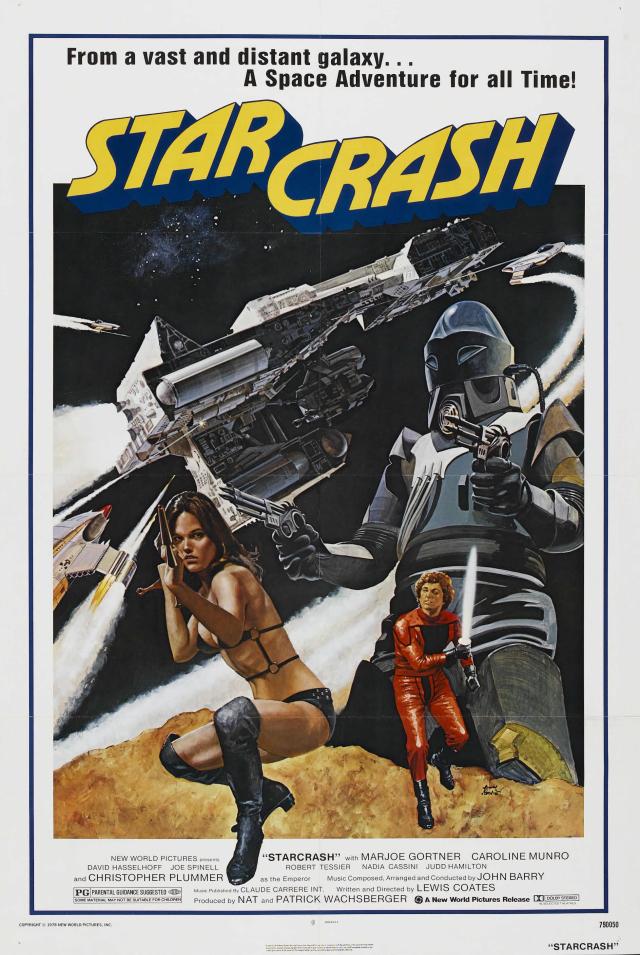 So, yes, you could say that our time there was eventful. As for working at the Scala, I absolutely loved it. It was my kind of cinema. It was the first time I got to see a Russ Meyer movie on the big screen. (It was UP!, in case you were wondering. And there were no old men or boy scouts in a house being lifted off into the air on a huge balloon… Mind you, there were huge balloons in it. Sorry, that’s the Benny Hill in me coming out.)

As for any recordings, sadly it wasn’t the digital age and there aren’t as many as there would have been if I was doing it now. The only recording I have is of Double Take In Outer Space. A bad video shot directly off the cinema screen but the sound was patched into our mixing desk so the audio is very good. So the good news is, just recently, the film we used for that show (Starcrash) came out on blu ray and I will soon be mixing the audio from the live show onto the vision from the blu ray and will have a great copy.

Did you keep track of how many people were in Double Take through the years? Were Sally Patience and yourself the dream team?

There have been just over a dozen different cast members but, yes, Sally was phenomenal. A truly gifted performer with character voices and is still doing lots of voice over work in Sydney.

Why did you choose to stay behind the mic for Hercules Returns, not behind or in front of the camera? Do you regret not directing?

Scheduling was the main reason. I was initially going to direct but things changed and it clashed with our tour dates which I was committed to. I don’t have any regrets. I think David Parker did a great job. He is an extremely funny guy and we got on really well together – still do, in fact.

How involved were you once the script was delivered and production was under way? Were you involved in the casting?

I wasn’t really involved with casting. David would mention he wanted certain actors and I thought his choice was spot on. I was over the moon when we got Bruce Spence. How could you not be happy with the gyrocopter pilot from Mad Max 2? He is an Australian film icon. I hung around the set once I got back from touring. Remember, it wasn’t a long shoot. More time was utilised in the recording studio during post production recording the soundtrack (as that was the majority of the film) and I was there every day for that.

I’d absolutely have a Rocky Meets Rambo Meets Bambi Eats Bambi poster set on my wall. Was that in the script and did you get to keep that or any other souvenirs from the shoot?

That gag was always in the script and no, I didn’t get to keep any souvenirs. Speaking of props from films though, our production designer then went on to do Muriel’s Wedding with Toni Collette and if you look at the scene in the video store you will see a poster for Hercules Returns prominently displayed behind the counter.

How was it watching Hercules Returns for the first time on the big screen?

You have to remember that I was never actually able to see a Double Take show because I was always in the bloody thing. So this was the first time I got to sit back and watch it from an audience’s point of view. The opening night in Sydney was great as we had muscle men in white togas outside the cinema handing out Hercules masks to the audience as they came in. We got a great photo of the entire audience holding up their masks. It was like 300 Herculeses sitting in an auditorium – the stuff that surreal nightmares are made of.

I’ve read that there were scripts ready to go for sequels, is that true? Would you have returned to the same characters for a framing device? Which of the shows would you have most liked to film? (Yep, that was again three questions for the price of one).

Because the film stiffed at the cinema (let’s be honest here) there was never any talk of a sequel to Hercules Returns. I continued doing the live show and many people would ask us to do another Hercules film live. I did find another Hercules film from the ’60s that starred Alan Steel (who played Herc in our version) but it wasn’t particularly good. Also we couldn’t bring back any other characters and the whole thing would have looked like a cheap cash-in.

I don’t know the situation in the UK, but in Australia there just are no repertory cinemas here anymore like the Scala. And the art houses that have taken over from them are at the mercy of the distributors when it comes to session times for a film. So it would be almost impossible to find a cinema that could slot Double Take in just once a night, six shows a week. That leaves doing it in a theatre and that would just be cost prohibitive but, as Sean Connery’s wife said to him about James Bond – Never Say Never.

I still get interest from people wanting me to do another recorded film like Hercules so, who knows, there’s always a possibility. I still think about it and have a few ideas so let’s see what happens. If they can be up to Scary Movie 5 anything is bloody well possible.

Hercules Returns screens at Grosvenor Cinema, Glasgow, for one night only, on Saturday 26th September, 2015 as part of Scalarama 2015. Buy tickets here. Keep up-to-date with the Facebook event page here.