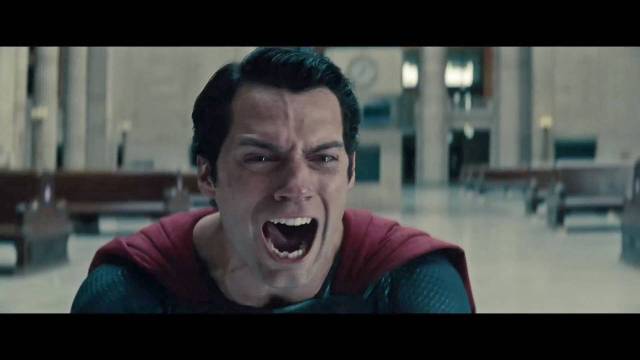 Absolutely gutted. About that one guy.

In 2012’s Avengers Assemble, Joss Whedon blew up a city thrillingly and responsibly. The choice of Stark Tower, in the middle of New York, for the culmination of Loki’s plot played neatly on Tony Stark’s arrogance while compounding his sense of responsibility…though he wasn’t actually responsible. His teammates, meanwhile, spent as much time defending civilians as they did attacking those filthy, fodder-y Chitauri. Not everyone is quite so conscientious. The “destructive hero” is now such an established trope it’s been co-opted by the business world to describe the kind of troublesome employees also known as “brilliant jerks”. While Tony Stark’s hubris is testing folks’ forgiveness once again in Age of Ultron, it seems like a good time to take a look at some of the heroes that really should have known better. Hiding in plain sight, bolstered by swelling music, hugs and high-fives, sometimes the good guys are actually really, really not the good guys, at least if you have half an eye on the medium to big picture. Sure, they win in the end, but how bad do they make things before then?

“Define irony…” says Steve Buscemi’s Garland Greene. “Bunch of idiots dancing on a plane to a song made famous by a band that died in a plane crash.” Or how about a US Marshall who repeatedly scuppers attempts to shoot down a hijacked aircraft en route to a heavily populated area? Now, to be clear, there should be no beef with former Army Ranger and human weapon Cameron Poe (former actor and human meme Nicolas Cage), who, besides being rakishly handsome and charming to boot, is just doing his best to get home to his daughter, protecting his pals and battering baddies wherever possible along the way. No, the real problem is Jon Cusack’s Vince Larkin, whose haughty dismissals of DEA Agent Duncan Malloy (Colm Meaney) and his justifiable desire to shoot the titular aircraft out of the sky belies the fact he’s capable of such arrogance that he single-handedly ensures the climactic (and utterly avoidable) plane crash in central fucking Las Vegas.

“What crashes into Las Vegas, stays in Las Vegas.”

For a lot of reasons, this one is a little unwarranted. Toretto (Vin Diesel) and his team are really more anti-heroes, if not the outright outlaws they were at the start of the franchise, and they never had much respect for pedestrians in the first place. However, can you blame even battle-worn audiences of innocent civilians for twitching involuntarily when they heard the words, “A war is coming to us, whether we like it or not,” says the former Beastie Boy. “If a war is coming,” Toretto continues, seemingly unconvinced by the last 12 words out of his own mouth, “we’re going to face it on the streets we know best.” Which makes sense, in the context of the narrative (exploiting the prize MacGuffin software, God’s Eye) and to facilitate the film’s spectacular climax. Even so, Roman (Tyrese Gibson) complains, “I don’t even have a gun!” “Gun?!” retorts Toretto, “We got a whole city!” Yeah, Toretto, a whole city of people you just elected to put at risk of untimely, though spectacular, death. Roman grumbles, “I don’t know about y’all, but I didn’t really plan on dying today.” And neither, you selfish bastards, did all those innocent bystanders.

“If we’re going down, we might as well take everyone we know with us.”

Having run roughshod through Europe in Taken (Pierre Morel, 2008), Liam Neeson’s Bryan Mills has to pay the piper when the father of one of his victims seeks retribution in the sequel. Showing Mills pics of his vics, Rade Šerbedžija’s Murad explains, “To you, they were nothing. But to other people they are sons and grandsons, fathers and husbands and you killed them all like they were so many nothings.” Which, even though Murad is quite the scoundrel himself, is kind of fair enough. Mills is so unreasonably indignant, though, he spits back, “I killed your son because he kidnapped my daughter!” That retort pretty much says it all, since the Taken films are about the preservation of mewling milquetoast Kim Mills (Maggie Grace) at any and all costs. However, they’re also about showcasing that very particular set of skills which, in Taken 2, involve Mills figuring out his own location relative to explosions nearby. Which is very clever, but also involves civilian Kim throwing a grenade from a hotel balcony. “Is there a safe place you can throw it?” Bryan asks his daughter, who spies a parking garage, confirms there’s no-one “on it” and lobs the explosive. Mills then has his daughter run across Istanbul rooftops, chucking additional grenades, with even less particular safety criteria. No-one in their immediate family dies, so, win. 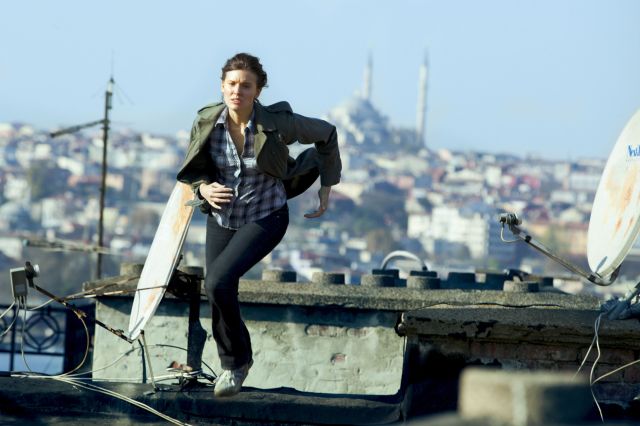 “Listen to me very carefully…their lives aren’t as important as ours.”

Sequels invariably deal in retaliation, escalation and amplification, and the fact that audiences are effectively pre-sold on the heroic nature of the lead protagonist(s), means they can pretty much get away with murder. As the hero of what’s widely held to be the greatest action film of all time, the further antics of Die Hard‘s John McClane (Bruce Willis) are a perfect example of this. As Joe Queenan pointed out in an excellent piece for The Guardian, ‘[McClane] never gets his man until dozens of innocent people have died, until an enormous number of trains, planes, trucks, ships and automobiles have been destroyed, and until he has laid waste to the infrastructure of whatever hapless metropolis in which he is currently operating.’ In the first and most plausible of the four sequels to Die Hard, McClane’s ends-justify-the-means approach finds perfect expression, but there’s collateral damage and there’s culpable homicide. Dennis Franz’s Captain Carmine Lorenzo, the spiritual predecessor of US Marshal Vince Larkin, gives McClane the high-hat early on, rashly dismissing his warnings of impending disaster. Though, in the end, Lorenzo expresses a begrudging admiration for McClane’s results, a closer examination of his methods strongly suggests Lorenzo’s instincts were correct. Particularly, McClane’s reckless taunting of the rogue Colonel Stuart (William Sadler), which directly leads to the fiery and unnecessary deaths of 230 civilians. Not to say the Johnsons could have negotiated any better, but…

“If I get out of this, I’ll make sure no-one crashes a plane into a city ever again!”

Let’s, just for a minute, put a pin in whether or not Superman could’ve avoided ultimately snapping his Uncle Zod’s neck. Disaster analysts, hired by Buzzfeed, put the cost of Superman’s climactic, pre-sacrilege tussle with Zod at an uncool $700 billion in physical damage (compared to 9/11’s $55 billion and Avengers Assemble‘s $160 million). More importantly, the Man of Tomorrow’s Now Absolutely Fucked left an estimated 129,000 known dead, 250,000 missing/likely to subsequently die, with a further 1 million injured (his new pals at the Planet were all fine, though, phew!). All because he elected to take on Zod and his minions in, first of all, the town centre of surrounded-by-fields Smallville and then the very middle of The Big Apricot itself, rather than somewhere, anywhere else. Batman V Superman: Dawn of Justice (2016) is sensibly (opportunistically?) going to pick up where the wave of internet indignation left off, making a bit of a mockery of Man of Steel‘s upbeat coda.

Who needs an impressive resumé when EVERYONE ELSE IS DEAD?

2 Responses to Define Irony: Destructive Heroes of the Movies