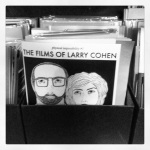 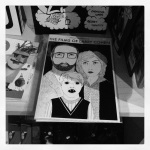 I’m happy to announce that Physical Impossibility‘s newest stockist is Forbidden Planet, Glasgow – a shop I’ve spent an inordinate amount of time in ever since I was a knee-high to a Mr Mxyzptlk cut-out, so it’s very cool to see the zine on their shelves. We’ve also recently begun selling from Glasgow Film Theatre, the Filmhouse in Edinburgh and NewBridge in Newcastle. In Berlin, you can pick up a copy at Motto and in New York, the zine is stocked at Forbidden Planet in Manhattan and Desert Island in Brooklyn. Alternatively, you can pick up a copy by post from me, here. You shouldn’t pay more than £4, or the translated equivalent, anywhere.

Issue three, Copywrongs, is almost finished and we’re dead excited about it – all the contributions so far are fantastic. We’re hoping to send it to print in the next few weeks. In the meantime, if you’d like to stock Physical Impossibility, or suggest a stockist, please get in touch via sean@physicalimpossibility.com. 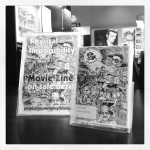