Gondry v Chomsky, Nic Cage and zombies! It can mean only one thing – the full programme for Edinburgh International Film Festival 2014, taking place from Wednesday 18th June until Sunday 29th June, has just been announced. Take a peek at the programme for yourself here. The beauty of EIFF is I can practically guarantee the best film I’ll see there will be a surprise, and a more thorough perusal of the brochure will bring out some more must-sees (check back later for a rundown of those!), but here’s what jumped out of this year’s programme at first glance. NB these are in order of first screening, not necessarily preference.

The latest film from Michel Gondry after the fader broke off his whimsy controller with the tonally violent Mood Indigo is a documentary, the subtitle of which pretty much says it all: An Animated Conversation with Noam Chomsky. “The world is a very puzzling place,” offers Chomsky in the trailer, “If you’re not willing to be puzzled, you just become a replica of someone else’s mind.” I’m in!

From the director of The People vs George Lucas (2010), this is a documentary on the cultural onslaught of zombies since Romero’s Night of the Living Dead first snuck up and gnawed our collective neck. It features contributions from a stellar array of zombie experts, including Max Brooks (of World War Z and son of Mel fame), Bruce Campbell (scourge of the Deadites), Robert Kirkman (creator of The Walking Dead), Zombie Walk founder Thea Munster, Simon “Shaun of the Dead” Pegg and George “Romero Rules in both senses of the word” Romero. There’s actually a number of intriguing zombie films in the EIFF programme this year, but more on that later.

The sad countdown of Final Philip Seymour Hoffman Films continues with this John Le Carré adaptation from Control and The American director Anton Corbijn. Everyone in the cast appears to be competing for the Academy Award for Best Accent, but Hoffman seems a shoe-in for a posthumous win with a genuinely persuasive Germanic drawl.

Bong Joon-Ho’s adaptation of French graphic novel Le Transperceneige could be better known at this point for the cuts apparently demanded by Harvey “Scissorhands” Weinstein before its US release. EIFF’s screening is a UK premiere, though, and appears to be all 126 minutes of the original edit. The most unwelcome side-effect of the Weinstein publicity is to imply Snowpiercer is some kind of hard-work arthouse trudge that’ll benefit by a few tweaks from a fat-handed moneytwat. Watch the trailer – you’ve got Captain America Chris Evans, bearded and action-ready in what will presumably be one of his final roles before moving behind the camera, Tilda Swinton following up her The Grand Budapest Hotel role with another performance in heavy, comedic make-up and most of all, the giant sci-fi conceit of a non-stop train housing mankind’s last survivors, forced into a class system onboard, and primed for all-out revolutionary war. Still, nothing that can’t be improved by the visionary director of The Gnomes’ Great Adventure (1987).

David Gordon Green, perhaps most widely known for directing broad comedies like Pineapple Express (2008), Your Highness (2011) and The Sitter (also 2011) for the Apatow set, built his mainstream success upon an early string of films influenced (and even latterly executive produced) by Terrence Malick. Last year’s Paul Rudd-starring Prince Avalanche could be seen as a stepping stone back the way towards the more serious Joe. Or maybe Joe‘s the kind of unpredictable sidestep mastered by its star, the mercurial-if-mercurial-means-the-demonstration-of-two-facial-expressions-and-the-fierce-neverending-struggle-between-them Nic Cage. If Joe lives up to the promise of its trailer and reaches for the high water of their respective careers, this could be half decent.

Legendary director Sam Fuller’s daughter filmed a range of Hollywood names (including Jennifer Beals, Joe Dante, James Franco and Mark Hamill) reading through her father’s autobiography, A Third Face, in Fuller’s own office/archive “the shack.” Accompanied and illuminated by rare footage, this should be a fascinating and entertaining document of an incredible life – director of Pickup on South Street (1953), Shock Corridor (1963), The Big Red One (1980), White Dog (1982), he also wrote novels, won the Purple Heart and acted for Jean-Luc Godard, Dennis Hopper, Steven Spielberg and Wim Wenders. And though I’m not sure if it’ll get a mention in this doc, Fuller even took a starring role alongside Michael Moriarty in Larry Cohen’s A Return to Salem’s Lot (1987). That’s a real claim to fame.

From Bucket of Blood (1959) to The Hole (2009), Dick Miller has been a familiar face to generations of moviegoers. He was a reliable stock actor for Roger Corman, and later a lucky charm for Corman alum Joe Dante, popping up in almost all of the latter’s films in some role or another. A classic know-the-face character actor, Dick Miller is also a B-movie icon par excellence, and I for one am thrilled at the prospect of getting to know Walter Paisley a bit better. 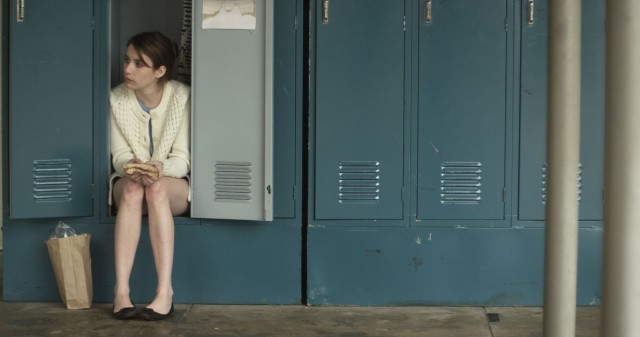 Finally, file these under curious for now: The Green Inferno, Eli Roth’s homage to the likes of Cannibal Holocaust debuted a distinctly underwhelming trailer, but may be worth a look nonetheless; Palo Alto, Gia “Nother” Coppola’s adaptation of James Franco’s novel, starring James Franco. No confirmation as yet on whether Franco has written, or indeed will sing, the theme tune; Tony Benn: Will & Testament, a documentary portrait of an always engaging subject, filmed with Benn’s participation before his death in March; A Dangerous Game, the documentary follow-up to the rage-inducing You’ve Been Trumped.

Check back soon for a more in-depth look at EIFF 2014!