I’ve just begun my fourth year as official blogger for Glasgow Film Festival. I’ve got myself a 20-ticket Early Bird Pass, a ticket for Goblin and an armful of screeners and press tickets. I’ll be contributing picks from the programme, interviews and daily diaries to the GFF Blog, here. Check the byline, because there will also be contributions from the CineSkinny, festival staff and my fellow blogger Chris Buckle. Catch up on what I’ve posted so far:

Five Picks From the Festival Programme

Picks From the Festival Programme: CineChile

Picks From the Festival Programme: Stranger Than Fiction

I’m also very excited to be launching issue two of my Physical Impossibility cult movie zine during the festival. The launch is going to be at Saramago @ CCA on Tuesday 25/02, 18:00-20:00. Up-to-date details can be found at the Facebook event page here. Physical Impossibility is also a featured zine at the Central Station website – read their preview here. The launch is the same evening as two other GFF events at CCA – the free but first-come-first-served Film/TV Locations: Scotland on Your Screen at 18:30 and the Andy Diggle and Jock in Conversation event at 20:00 – so if you’re in the area, feel free to drop in for a wee whisky and maybe pick up a zine! 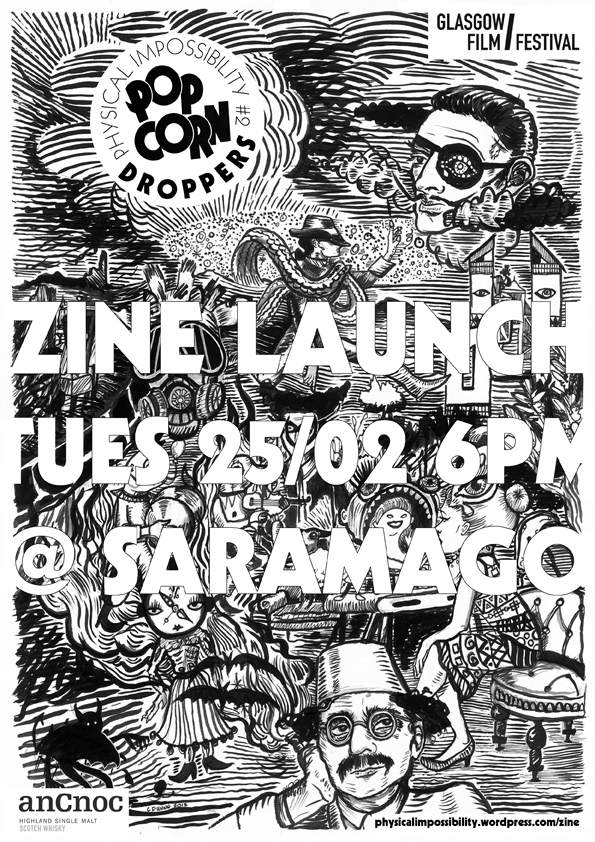