A Bonus Interview with Larry Cohen 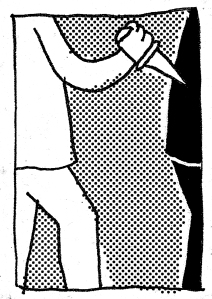 My new zine, Physical Impossibility #1: The Films of Larry Cohen, incorporates an exclusive interview with the legendary writer-director of Black Caesar, God Told Me To, It’s Alive, Q, The Stuff and Wicked Stepmother. The following is excerpted from the same interview, during which we also discussed Cohen’s association with Alfred Hitchcock, how he feels about his legacy, the unproduced scripts he’s posted on his website and what he’s up to these days.

SW: It’s been suggested that your Phone Booth script was originally mooted as an Alfred Hitchcock picture. Is that true?

LC: Well, it wasn’t a script when I talked to Hitchcock about it. It was just an idea. And I mentioned it and he had the same idea, more or less, and how could we go about doing it? I was never able to figure it out when he was alive. But I figured it out years later and oddly enough it was just by taking a character from another one of my movies, which was the sniper in God Told Me To, and putting the sniper into the Phone Booth movie and suddenly it all made sense. It was staring me right in the face all that time and it never occurred to me to combine the two characters – the guy in the phone booth and the sniper. So once I had the sniper in the story, it just about wrote itself. I think I wrote it in a week. But by that time Mr Hitchcock was gone.

If Hitchcock had been around and taken these scripts, I don’t think that it would have worked out as well for me because he was not very generous with writers and, in terms of sharing credit with anybody, he didn’t treat his writers too well. So it might have been an unhappy result but it would’ve been a good thrill for me to have worked with Hitchcock and to have him do a picture of mine and probably would have done me immeasurable good in terms of other jobs, people hiring somebody who had done a Hitchcock movie. But Hitch was not adverse to just firing a writer and putting other writers on the script so it might not have gotten a clear account of your own material because many of these directors try to camouflage any writing credit by having a bunch of writers on the picture, figuring if there’s a bunch of writers, then there’s no writer at all and they can have all the credit. And too often people are interested in gathering up the credit for things they didn’t do. Which is another reason why I do everything on my pictures, so there can be no question about who made the picture.

Do you think of yourself as an auteur?

Well, if anybody is an author, it’s me, because I do everything. Many people get credit for being authors when they didn’t write the script. You know, they try to obliterate the writer and say, “Well, I made the picture, I’m the author of the picture,” but very few of these people are truly authors of their pictures. I mean, they’ll certainly have created a style of picture that they make, so whether it’s Hitchcock or any of the other guys… But there were writers involved in everything. I mean, most of Hitchcock’s material is based on a book, whether it’s Strangers On A Train, which is based on a book and Vertigo, which is based on a book. I mean, everything is based on something else – they didn’t come up with the initial idea. They made the picture, so they consider themselves the auteur of the picture, but there was somebody else in there before them who really came up with the basic story and they just embellished upon it.

You’ve not directed a film since 2006’s Masters of Horror episode ‘Pick Me Up’. Was it a conscious decision to move away from that and focus on writing?

I only want to direct pictures if I have absolute, 100% control. I’m not looking to take jobs directing for other people. So I don’t want to get into a situation where somebody’s telling you what to do, or what I can’t do. It’s sad when certain directors, late in their career, find suddenly that they’ve lost their power of authority. Like Frank Capra, for example. He quit the business because after the last couple of pictures he did, he wasn’t in charge of the entire production and he had to keep making compromises and he was unhappy with the situation. So he decided he was not going to make any more movies. And he withdrew to Palm Springs and never worked again. And 25 years of idleness, you know? I mean, the best directors in the business – Billy Wilder spent the last 20 years of his life sitting around doing nothing because he couldn’t make any pictures any more because he’d lost his power of authority and he just couldn’t bear to make pictures that he couldn’t control. He was so used to being the boss of the production and he didn’t want to be an employee. Many other directors have the same problem and if you can’t run the show, you just don’t want to do it.

And I must say that I don’t have the same spirit of adventure that I had when I was climbing the Chrysler Building [for Q The Winged Serpent]… I took some foolhardy chances – shooting a chase through the St Patrick’s Day Parade [for God Told Me To] was probably an act of madness – but I did it. But I don’t think I would do it today, I just think it’s too reckless. I mean, I’ve got too much to lose. Back in those days, I didn’t have so much to lose, but now I’ve got affluence and I’ve got a lot of homes and real estate and I just don’t want to put myself in jeopardy. I never thought of that when I was doing this stuff before, but now the whole world is so litigious – you don’t want to get in the middle of lawsuits and stuff like that. So I’m much more careful than I would have been, in terms of going out and stealing scenes on the streets. And also you can’t go doing that kind of crazy stuff today, with all the terrorism and the security that’s going on.

How do you feel watching your own movies these days?

A lot of people don’t ever look at their own movies ever again. I don’t understand that. I always enjoy seeing the movies because they bring back movies of some good times and some nice relationships with people and sometimes nostalgia, since so many of the people who are in the movies are now dead and, you know, you see them again and they’re back alive and you remember the nice times you had working with them and how grateful you were for their performances. 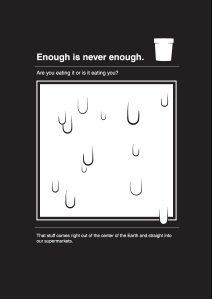 The Stuff illustration by Ryan Bharaj

All I know is the pictures are still being seen and enjoyed after 35-40 years, so that’s something of a compliment. A lot of pictures have been forgotten and a lot of important, so-called important films or big-budget films have been forgotten but these little pictures seem to have sustained an audience all these years. And people call up and, like yourself, they want to do interviews and they want to ask questions and you have film festivals around the world where people show up, sometimes huge numbers. When we were in Vienna, we were filling up an 800-seat theatre every day. We ran 15 movies and everybody turned out for these movies. I just came back from Switzerland and another film festival. There was one in Australia that I wasn’t able to attend. They keep requesting the films and thanks to the DVDs, these films have become somewhat immortal. God bless DVDs.*

You’ve posted a selection of your unproduced scripts on your website [find them here], what was the thinking behind that?

Well, I have all these wonderful screenplays that haven’t been made and some of them have been optioned and a number have come back to me and haven’t been shot and I felt terrible about all this wonderful material being in the closet, just stored away so I thought, “Well, you know, if you’re a painter and even if nobody buys your painting, you would like to exhibit it in a gallery for people to see it, and so why not exhibit your screenplays?” And my screenplays are very readable and I thought, “Well, people might enjoy them, they’d get a kick out of reading them and they could imagine the movie and put their favourite stars in there and you know, play their favourite movie music while they’re reading it, or else have friends come over and read them out loud. Why not give people the chance to see the picture instead of keeping it just buried, waiting for somebody to buy it?” And I’m sure many of these scripts will get bought eventually. The industry has gone through a very slow period, economically, in the past few years. They buy many fewer scripts and they produce many fewer scripts. So I put these out, there’s 10 of them, I believe. I think I’m going to put 10 more out. Because I write a lot of scripts. I sell a lot of scripts, but I also write a lot of scripts that don’t get picked up right away.

Yeah, and things are happening, things are occurring. We’re doing a play over in England of Phone Booth. They did a stage play of Phone Booth in Japan, it was very successful. It toured in Japan and there’s a British adaptation being made for the British theatre. And I’ve got a lot of scripts that I’m writing. I just turned out two or three scripts this year and I wait to see what happens, we’ll try and get ’em produced. If not, we’ll put them on the internet for people to read.

With such an interesting career and so many stories, have you ever considered writing an autobiography?

*Many of Cohen’s films, though not all, are available on DVD or Blu-ray. Particularly, US distributors Blue Underground have released extras-packed DVDs of Bone, God Told Me To, Q The Winged Serpent as well as the Cohen-scribed Uncle Sam. In Australia, Monster Pictures have given The Stuff similar treatment. In the UK, Arrow have released a typically well-appointed Blu-ray of Maniac Cop and are releasing The Stuff next year. Alternatively, a small selection of his films are available on iTunes and LoveFilm, and The Stuff is on Netflix.

2 Responses to A Bonus Interview with Larry Cohen